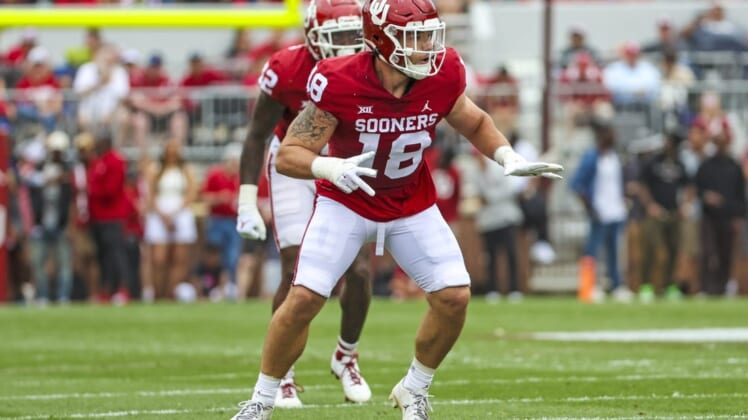 Roof transferred from Appalachian State, where he logged 41 solo tackles, three sacks and two interceptions in 2021.

He was planning to spend his fifth and final year of college eligibility with the Sooners playing for his father, defensive coordinator Ted Roof.

T.D. Roof transferred for the third time in his college career in the spring after his first two seasons at Georgia Tech (2017) and Indiana (2018). He said he wasn’t certain about playing football in 2022 until Venables rang.

“When Oklahoma calls you up and says, ‘Hey, do you want to come play football for Oklahoma?'” Roof said, “you don’t say no.”