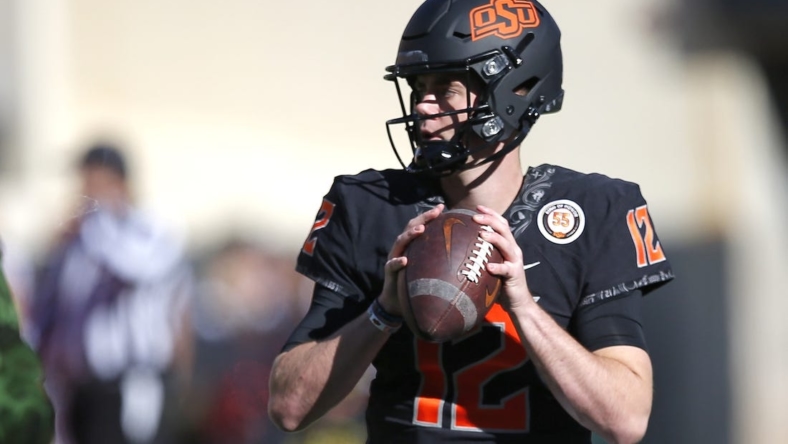 The Cowboys (7-3, 4-3 Big 12) used an eight-play drive early in the fourth quarter to take the lead for good. Sanders passed 14 yards to Jaden Nixon for the go-ahead touchdown with 9:18 remaining.

Sanders, who had been dealing with an injury, might have missed his second consecutive game, but he was summoned after Gunnar Gundy, who made his first career start, was removed.

Sanders finished 9-for-13 for 84 yards as the Cowboys won for just the second time in their last five games. Gundy went 5-for-12 for 103 yards, with a touchdown and two interceptions.

Quarterback Hunter Dekkers was 28-for-42 for 274 yards, a touchdown and three interceptions for Iowa State (4-6, 1-6), which was trying to win back-to-back games for the first time since a 3-0 start to the season.

After a fourth-down stop in Iowa State territory in the fourth quarter, the Cowboys tacked on Tanner Brown’s 40-yard field goal with 4:19 to play.

After both teams punted, the Cyclones reached the Oklahoma State 23 before a fourth-down sack sealed the outcome with less than 30 seconds to play.

Neither team had much of a ground attack; Iowa State finished with 59 rushing yards and Oklahoma State with 57.

A special teams play turned momentum when Iowa State’s Darien Porter blocked a punt. The Cyclones needed to go only 9 yards for a touchdown, with Dekkers hooking up with Sean Shaw Jr. on a 4-yard scoring play for a 7-3 lead.

The Cowboys had a quick response. Gundy’s pass to John Paul Richardson turned into an 83-yard touchdown on their second snap of the next possession.

Oklahoma State led 10-7 at halftime, with Iowa State limited to 116 yards of total offense. Jace Gilbert of the Cyclones missed on a 41-yard field-goal attempt in the last minute of the first half.

Oklahoma State had just six first downs in the opening half.