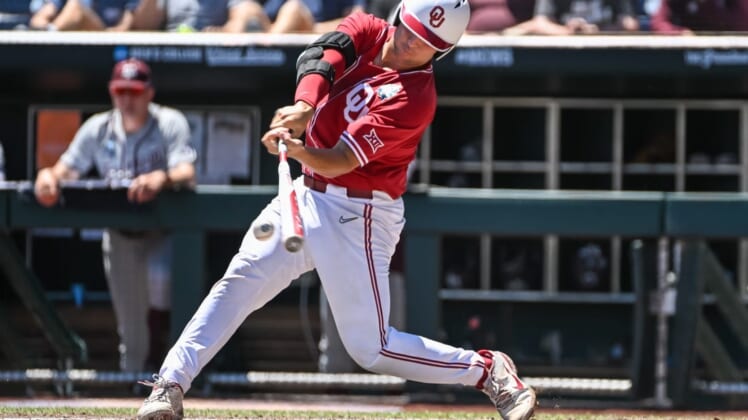 David Sandlin struck out 12 and Jimmy Crooks delivered a three-run home run to lead Oklahoma into the College World Series finals with a 5-1 victory over fifth-seeded Texas A&M on Wednesday in Omaha, Neb.

Crooks (2-for-3) homered on a first-pitch offering from Aggies starter Ryan Prager with two outs in the first inning to give the Sooners a 3-0 lead.

Sandlin took it from there, pitching seven innings and allowing one run on a Dylan Rock home run. Sandlin limited the Aggies to five hits.

The Sooners tacked on runs in the third and fifth to lead 5-0 before Rock’s solo shot in the sixth. But that’s all the Aggies would get.

John Spikerman went 2-for-4 with a run and Peyton Graham scored two runs for the Sooners.