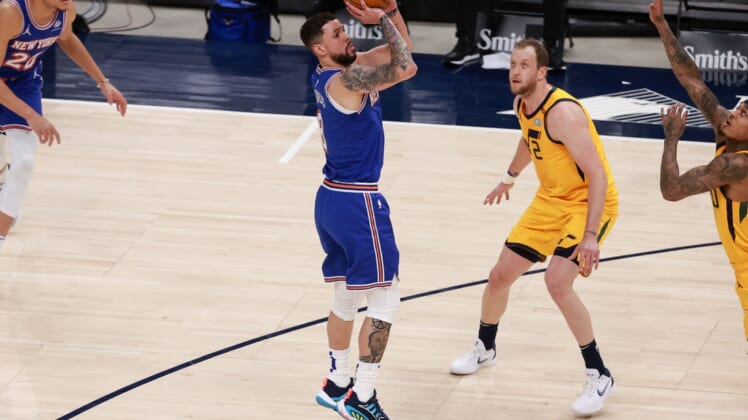 The Oklahoma City Thunder plan to waive veteran guard Austin Rivers several days after acquiring him from the New York Knicks, according to a report from Shams Charania of Stadium and The Athletic.

The decision could pave the way for Rivers to join the Milwaukee Bucks. Charania reported there is “strong mutual interest” for him to join the team.

Rivers, 28, averaged 7.3 points, 2.2 rebounds and 2.0 assists in 21 games (two starts) with the Knicks this season. He was dealt to Oklahoma City on Thursday as part of a three-team trade between New York, Oklahoma City and the Philadelphia 76ers.