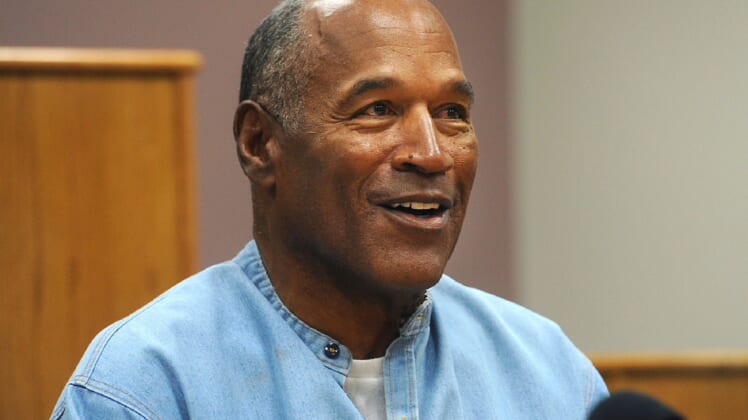 O.J. Simpson is being sued by the Goldman family, accused by Fred Goldman in new court documents of owing the estate $96 million.

In court documents obtained by TMZ Sports, Goldman says the Pro Football Hall of Famer owes the family nearly $60 million of interest that has racked up over the years after failing to pay a majority of the original $33.5 million figure.

Simpson was accused of killing ex-wife Nicole Simpson and her friend, Ron Goldman, On June 12, 1994. In the infamous O.J. Simpson trial from Jan. 24 – Oct. 3, 1995, the former running back was found not guilty on murder charges by a jury.

However, the Goldmans later filed a civil suit against Simpson. The civil jury found Simpson liable for the two deaths, ordering him to pay $33.5 million to the families. He appealed the verdict in 2000 and never paid out the settlement.

He later served nine years in prison after being found guilty in 2018 of an armed robbery charge. While the judge initially handed down a maximum 33-year sentence, Simpson was granted parole and released in 2017. In December 2021, his parole ended.

Simpson is now being accused in court documents of owing the families of having only provided minimal payments over the years. Citing the interest that has built up over time, Goldman says the estates should now be paid $96 million.

While Simpson is a free man and is believed to have earned some money following his release from prison, his financial situation has changed dramatically since his glory years. As a result, the 81-year-old Goldman is unlikely to receive much from Simpson.