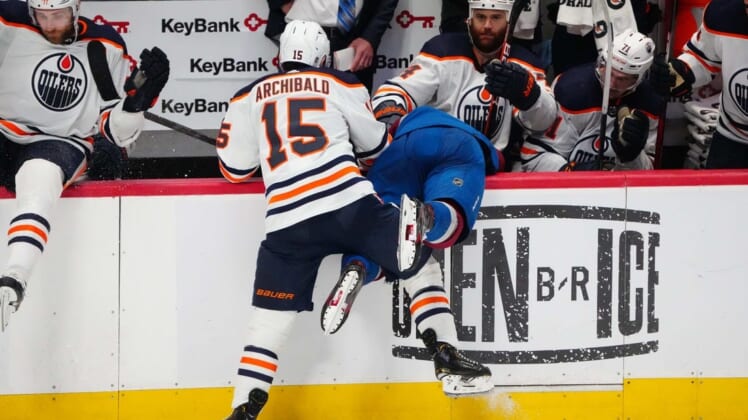 Edmonton Oilers forward Zack Kassian was fined $2,500 by the NHL on Friday for unsportsmanlike conduct.

Kassian is lighter in the wallet following his actions at 9:38 of the third period in the Oilers’ 4-0 loss to the Colorado Avalanche on Thursday in Game 2 of the Western Conference finals. The Avalanche hold a 2-0 lead in the best-of-seven series heading into Game 3 in Edmonton on Saturday.

Colorado defenseman Bowen Byram found himself partially on the Edmonton bench after absorbing a hit from Oilers forward Josh Archibald. Kassian, who was on the bench, pulled the helmet off Byram — which led to the 20-year-old responding with a shove.

Kassian, 31, received a two-minute interference penalty for his actions, while Bryam was whistled for a roughing penalty.

Kassian recorded 19 points (six goals, 13 assists) in 58 games in the regular season. He has 201 points (90 goals, 111 assists) in 610 career games with the Buffalo Sabres, Vancouver Canucks and Oilers.