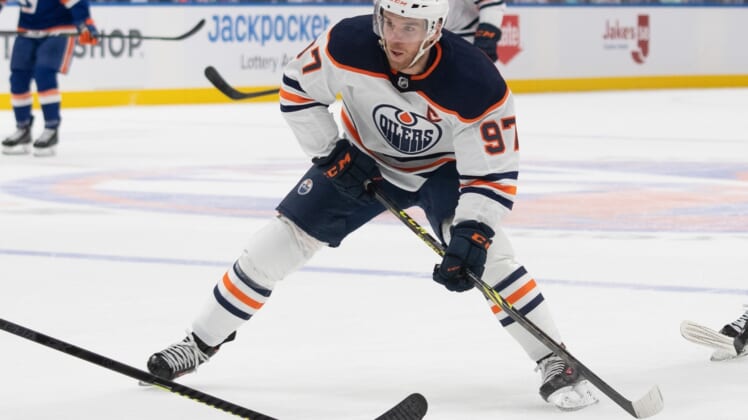 Edmonton Oilers captain Connor McDavid tested positive for COVID-19 and was held out of Tuesday’s practice.

“They both tested positive this morning, so they’ll have another test today and we will see where they are at,” Tippett said. “Kept them off for precaution, and the way things are going here, this is a daily occurrence. When you play in as many cities and there’s different rules everywhere you go, it’s crazy. They just tell me if he’s positive, he’s positive. When two of your four centermen are out and one of them is Connor McDavid, that is not good positive.”

McDavid leads the Oilers with 53 points and is second to Leon Draisaitl in goals scored.