Oilers, Flames both surging ahead of Battle of Alberta 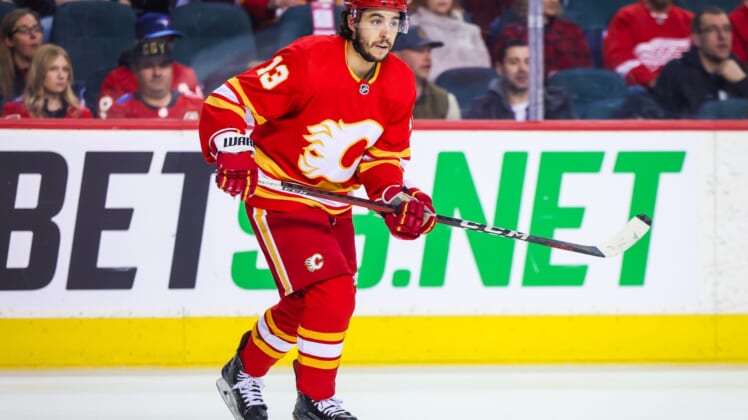 For the first time in what seems an eternity, a late-season Battle of Alberta boasts a pair of top-level teams.

When the Calgary Flames play host to the Edmonton Oilers on Saturday, it will be a meeting of two of the league’s hottest clubs over the past two months.

The Pacific Division-leading Flames, who are coming off a 4-2 home win over the Arizona Coyotes on Friday, have compiled a 21-5-2 record since losing a Jan. 22 game to the Oilers.

Starting with the Jan. 22 victory over the Flames, the Oilers have posted an 18-8-3 record that has brought them within two points of the second-place Los Angeles Kings, and nine behind Calgary.

“I’m new to the Battle of Alberta, but it seems not to matter what the standings are, whether one team is good or one team is bad,” Oilers forward Zach Hyman said. “But this year, there are obviously two very good teams and it’s going to be a great matchup. We’re excited for it.”

Head-to-head, Edmonton won the first two meetings of the season, but the Flames claimed a 3-1 victory earlier this month.

The Oilers are on a 6-1-1 roll. They have a fortified lineup with everybody healthy, and trade-deadline additions Derick Brassard and Brett Kulak made a mark in a 5-2 win over the San Jose Sharks on Thursday.

“I feel confident that things are trending in the right direction at the right time of year,” Oilers goalie Mike Smith said. “We’ve played some good hockey against some good hockey teams. We feel like we can play with anybody in this league.”

While the Oilers are led by the dynamic duo of Connor McDavid and Leon Draisaitl, who sit one-two in the league’s point-scoring race, the Flames have plenty of offense, too.

Johnny Gaudreau is fourth in points, and Matthew Tkachuk is tied for ninth. Those two along with Elias Lindholm and Andrew Mangiapane give the Flames four 30-goal scorers for the first time since the 1993-94 season.

“We’ve got a lot of offense on our team,” said Gaudreau, who had a three-point outing against the Coyotes. “Up and down our lineup, we have a lot of smart players. It’s been a lot of fun to be a part of and to watch.

“It’s nice that it’s not just coming from one or two players. That’s what we’re going to need come playoff time, if we’re in.”

The line of Lindholm, Gaudreau and Tkachuk has been one of the league’s best all season, and the impact is becoming more and more obvious. All three lit the lamp against Arizona.

“When we’ve needed a big goal, they’ve scored that goal,” assistant coach Ryan Huska said. “When there needs to be a big game, they’ve found a way to put together a big game for us. You look at Johnny, 200 (career) goals, and two other 30-goal scorers (on his line).

“They do an excellent job of reading off each other. The chemistry those three have, it’s fun to watch, even behind the bench, to see the things they’re able to do.”

A victory over the Oilers would put the Flames that much closer to clinching a Stanley Cup playoff berth, but it won’t be an easy task.

“They’ll be well rested and we’re going to expect a tough game from them,” Tkachuk said. “We’re ready for it. We played solid last time we played them, but they beat us twice this year.”