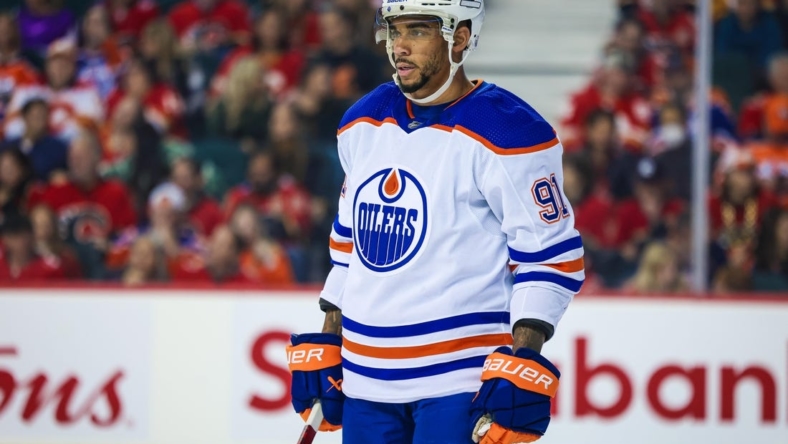 After contact with Lightning defenseman Philippe Myers, Kane fell to the ice near the home bench and his exposed left wrist was cut open by the blade of Pat Maroon as the Tampa Bay forward skated by.

With a sizable pool of blood on the ice, Kane got up, grabbed his bleeding wrist and headed frantically to the Edmonton dressing room 3:27 into the period with the Oilers ahead 2-1.

The game was then stopped as medical staff headed to the visitors’ dressing room and play soon resumed.

Kane, 31, has five goals and eight assists in 14 games this season. The 14-year NHL veteran has played for the Atlanta Thrashers, Winnipeg Jets, Buffalo Sabres, San Jose Sharks and Edmonton, compiling 291 goals and 267 assists in 826 games.