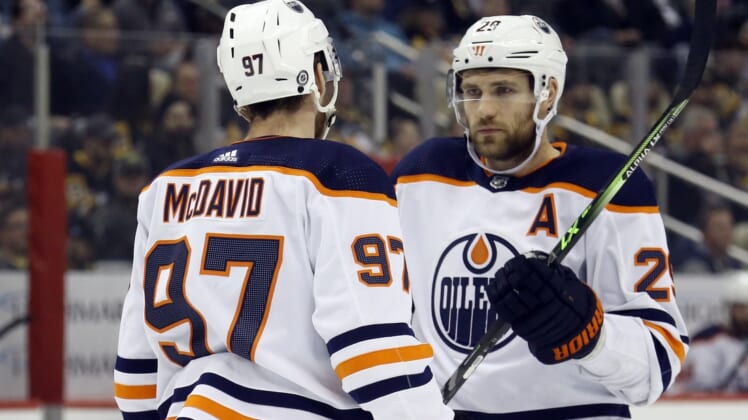 The hardware collected by Edmonton Oilers stars Connor McDavid and Leon Draisaitl the past several years would require a mammoth trophy case.

As the Oilers prepare to host the Los Angeles Kings on Monday to kick off the opening round of the Stanley Cup playoffs, that dynamic duo is well aware that the time has come to lead the squad to more team success.

Despite all achieved by McDavid, who is in his seventh NHL season, and Draisaitl, in his eighth campaign, they have won just one playoff series — in 2017. The Oilers have been knocked out in their first series in each of the past two years.

McDavid, who won his fourth league scoring title with 123 points (44 goals, 79 assists) with career highs in goals and assists, believes the struggles involved in clinching the second spot in the Pacific Division is the push they need. 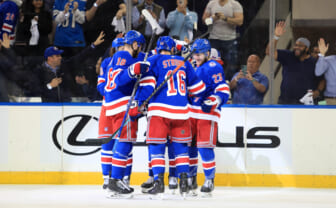 “We were out of the race and had to scratch and claw and get our way back in,” McDavid said, noting the impact of his squad’s 2-11-2 skid that started in early December. “We’ve been playing playoff hockey here for a while.”

The Oilers, who won three of the four clashes with the Kings this season, finished the season with a 31-11-4 stretch. After Jay Woodcroft took over as coach from Dave Tippett on Feb. 10, they went from scoring 3.18 goals per game to 3.82 and shaved more than one-half of a goal against per game.

“Connor has been driving the bus,” goaltender Mike Smith said. “Whether he’s pointless or not … I don’t think he gets enough credit for how he’s really committed to the defensive side of the puck and the battle level.”

The Kings are arguably the biggest surprise squad in the playoffs, qualifying for the first time since 2018. They opened the season with one win in their first seven outings before winning seven straight games. Despite being without star defenseman Drew Doughty due to season-ending wrist surgery, Los Angeles finished the season on a 24-11-6 roll.

By comparison to Edmonton’s top-heavy lineup, the Kings are led by captain Anze Kopitar’s 67 points and Adrian Kempe’s 35 goals.

“The two words I think that we would use around our group is ‘team’ and ‘identity’ and nobody walks into the Kings locker room worrying about themselves,” said coach Todd McLellan, who spent three-plus years coaching the Oilers, including their 2017 playoff trip. “We don’t have 60-goal scorers, we likely don’t have Hart Trophy candidates, but we’ve got a group that wants to play as a team night in and night out and they worry about that first. That allows us to do what we did.”

Kopitar, Doughty, Dustin Brown and goaltender Jonathan Quick are the only holdovers from the Stanley Cup-winning Kings teams of 2012 and 2014. Brown has already announced he will retire at season’s end, and rest assured he wants to go out on a high.

“I’m just at a place where I’m proud of my accomplishments,” said Brown, who is the Kings’ all-time leader in games played and ranks in the top eight for goals, assists and points. “I’m proud of this group here, too. Just to go out in the playoffs, that helped. If we hadn’t made the playoffs, this decision might have been a little more difficult for me to make, but for me to play a meaningful game, whether it ends with a win or a loss, that was important. It made the decision easier once we clinched.”