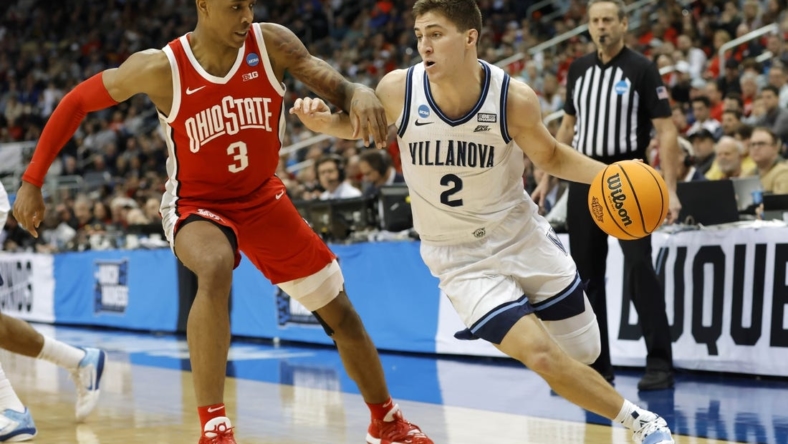 A new era begins for Ohio State when it hosts Robert Morris in the Monday season opener for both squads.

Yes, Buckeyes coach Chris Holtmann is back for a sixth season — an offseason contract extension keeps him in Columbus through the 2027-28 season — but he welcomes five freshmen and three transfers.

“I have not been in a situation where we’ve had to rely on this number of freshmen to play the kind of minutes and roles we expect of them,” Holtmann said. “In some ways it’s going to be a learning experience for me, just to see that at this level, they’re talented kids but how quickly can they impact our team at the level that we need them to vs. a ready-made guy?”

Among the freshmen are forward Brice Sensabaugh (6-foot-6, 235 pounds) and guard Bruce Thornton (6-2, 215). They were last season’s players of the year in Florida and Georgia, respectively.

While E.J. Liddell and Malaki Branham opted to enter the NBA draft rather than return, guard Eugene Brown III and forwards Justice Sueing and Zed Key are back for the Buckeyes (20-12, 12-8 Big Ten last season), who lost to Villanova in the second round of the NCAA Tournament.

“The chemistry is great, especially on the floor it feels like we’ve been playing for a long time together even though there is a lot of new faces,” Key said.

Robert Morris was picked for eighth in the Horizon League’s preseason coaches’ poll as the Colonials (8-24, 5-16) look to improve on a 10th-place finish.

“We’re excited to get the season started, and our schedule provides both opportunities and challenges that everyone in our program looks forward to,” Robert Morris coach Andrew Toole said.

The Colonials are led by fifth-year forward Kahliel Spear, who last season led the team in scoring (14.7 points per game) and rebounding (7.7 per game), while junior guard Josh Corbin, a transfer from Winthrop, scored a team-high 27 points in an exhibition vs. Alliance.

“His teammates are looking for him at all times, and Josh is always ready,” Toole said. “We have to keep everybody getting better and keep everyone improving and figure out ways to get him open.”