Ohio State hails itself as the ‘fastest team in college football’ 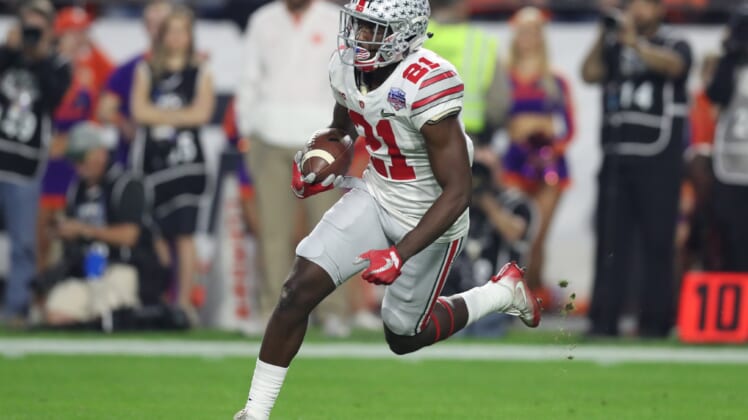 The Ohio State Buckeyes might very well be favorites to win the national title this upcoming college football season. There’s a whole heck of a lot of talent on this roster, including quarterback J.T. Barrett and running back Mike Weber on the offensive side of the ball.

As Ohio State prepares for a season in which it will be in contention for the top spot, the football program is putting the rest of the nation on notice. It believes those who call Columbus home are the fastest group of players in the country.

America, get ready for what might be the fastest team in college football next fall…

The boys put their 40 times on display and, well ?? pic.twitter.com/84UovHz9wY

We’re pretty darn sure the like of Alabama, Florida State and USC might take exception to this claim. But there’s very little reason to doubt what Ohio State brings to the table from an athleticism standpoint.

Sure losing Curtis Samuel and Noah Brown to the NFL hurts here. But as with every top program, others will be prepared to step up in their stead. For the Buckeyes, that includes the likes of the aforementioned Weber as well as K.J. Hill and Parris Campbell.