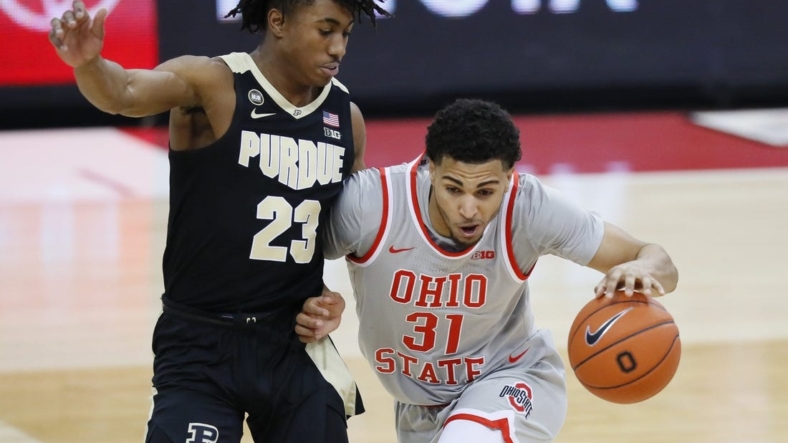 Ohio State graduate forward Seth Towns announced Sunday that he will step away from basketball and miss the 2022-23 season due to ongoing injury issues.

“After a few setbacks this summer and some tough conversations with my coaches and medical personnel, it has become clear that my body is not in a position to endure a full Big Ten season,” Towns wrote in a social media post.

“I share with many of you the frustration of not having been able to compete at the level I am capable of, or at least something close to it. Yet it is the immense gratitude I feel for having the chance to play at all that has carried me through for so long.”

Once a Buckeye, Always a Buckeye pic.twitter.com/cKS6v0GPr1

The 6-foot-9, 230-pound forward has fought injuries throughout his playing career. He played two seasons at Harvard before missing the 2018-19 and 2019-20 seasons with injuries.

He joined Ohio State as a graduate transfer and appeared in 25 games off the bench in 2020-21, averaging 3.8 points and 2.2 rebounds per game. But he missed last season after needing offseason back surgery.