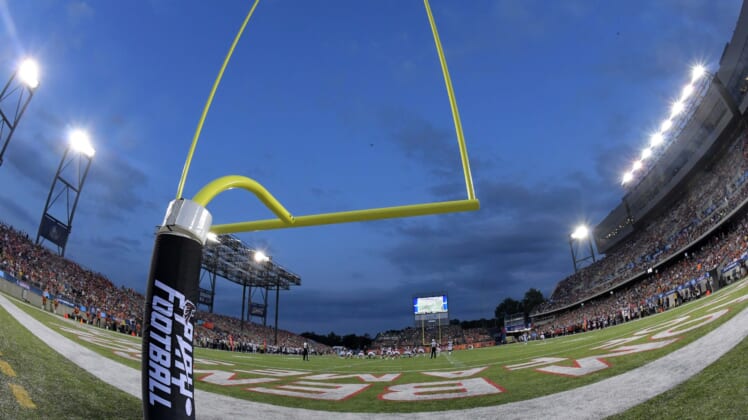 Will the 2020 Pro Football Hall of Fame Game be played without fans in attendance?

The Dallas Cowboys and Pittsburgh Steelers will open up what will likely be an expedited preseason slate around the NFL world on Aug. 5 with the Hall of Fame game in Canton, Ohio.

Up to this point, we have absolutely no idea whether fans will be in attendance for games during the 2020 NFL season. But when it comes to the preseason opener, Ohio Governor Mike DeWine (R) made it clear that tens of thousands of fans will not be in attendance in Canton.

Tom Benson Hall of Fame Stadium boasts a capacity of 23,000 seats. Obviously, we are not at the point in the ongoing pandemic where it’s safe to have that many people huddled together. DeWine more than understands that.

Former star players Troy Polamlu, Edgerrin James and Isaac Bruce will join legendary head coaches Jimmy Johnson and Bill Cowher in being inducted into the Hall of Fame this coming August. Hence, why the Steelers and Cowboys are set to do battle.

The Hall of Fame itself shuttered back in March due to the ongoing worldwide pandemic. It just recently opened. Even then, there’s no reason to believe that Canton will welcome in tens of thousands of fans in less than two months.

COVID-19 cases in Ohio and the United States

It is the epicenter of COVID-19 around the world. Unless this changes drastically, the idea of fans being in attendance for any sporting event until there’s a vaccine is unrealistic.