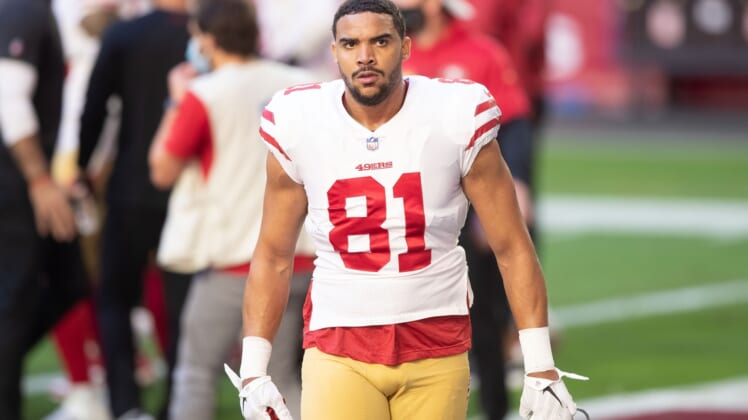 Reed, 30, never played a full slate of games and missed the entire 2019 season due to complications from a concussion. It was the seventh documented concussion dating back to his college career at Florida.

Reed played in 10 games (one start) last season in San Francisco after six seasons with the Washington franchise, which drafted him in the third round of the 2013 draft. Reed made the Pro Bowl in 2016 despite playing just 12 games. He caught 66 passes for 686 yards and six touchdowns.

His best statistical season came in 2015 when he had 87 receptions for 952 yards and 11 TDs, all career highs. He played in 14 games that season, also a career best. Three seasons he played in 10 games or fewer.