Offensive stars out for Ohio State at Northwestern 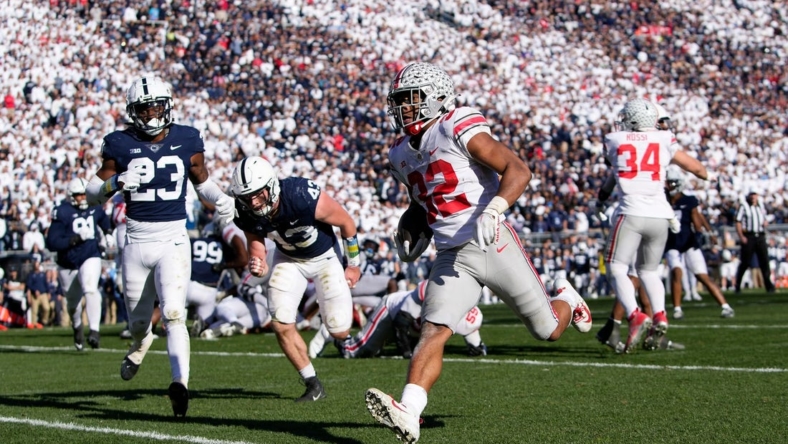 No. 2 Ohio State will be without two of its offensive stars Saturday at Northwestern, with running back TreVeyon Henderson and wide receiver Jaxon Smith-Njigba sidelined by injuries.

Henderson has battled a left foot injury throughout the season, and perhaps coach Ryan Day is giving him a rest against the Wildcats (1-7, 1-4 Big Ten). He leads the Buckeyes with 552 rushing yards and six touchdowns.

He scored the go-ahead touchdown last week at Penn State on a 41-yard run in the fourth quarter.

Smith-Njigba sustained a hamstring injury in the season opener against Notre Dame and has missed five games for the Buckeyes (8-0, 5-0). In limited action in three games in 2022, he has caught five passes for 43 yards.

Last season, he set a Big Ten record for receiving yards with 1,606. His 95 catches also were an Ohio State record and the fifth most in Big Ten history. He also set Rose Bowl records with 347 receiving yards on 15 catches — three of them for touchdowns.