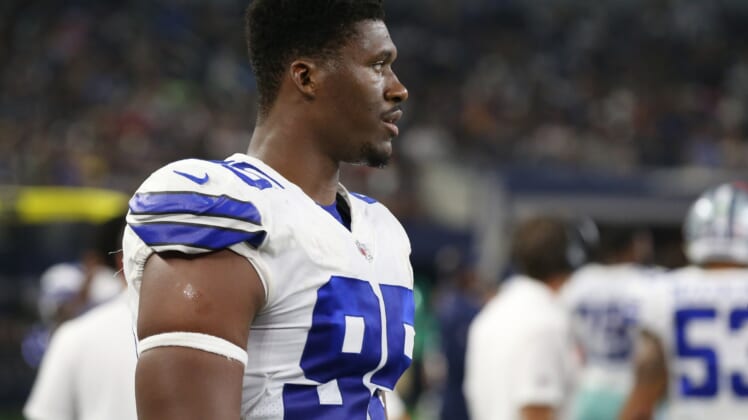 Dallas Cowboys defensive lineman David Irving has yet to play a game for the team this season. He was suspended for the first four games after violating the NFL’s substance abuse policy. Irving, 25, was then away from the team last week for personal reasons.

This all comes on the heels of DV allegations against Irving. Charges might not have been filed in that case, but it was a continuation of off-field problems for the former Iowa State star.

Now comes this report indicating that Irving was actually evicted from his rental home Wednesday night. The landlord alleges that he’s $5,900 behind on rent and initially refused to leave the residence.

There’s really no explanation for this. Earning a base salary of $2.2 million this season, it’s hard to understand why Irving got caught up in these financial problems. But it’s a clear indication that something is going on off the field for Irving.

An undrafted free agent back in 2015, Irving has recorded 11 sacks over the past two seasons. It remains to be seen when he’ll actually be back with the Cowboys.