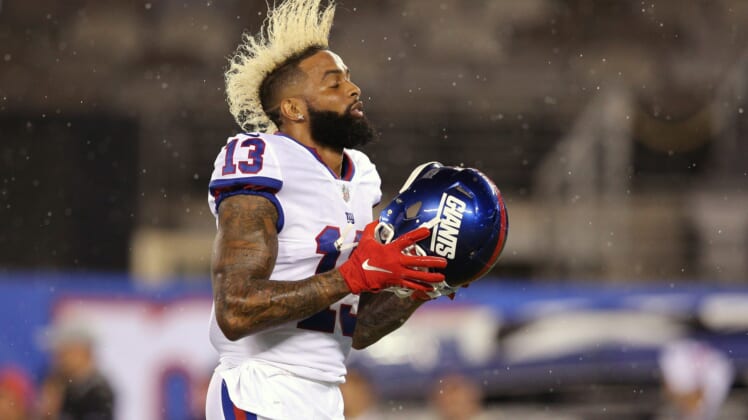 Odell Beckham Sr. posted a video of Mara taking out his anger on a chair during a recent Giants loss and pointed out the inconsistency of the owner’s recent statements.

“He’s mad at how Odell is acting sooo HE DOES THE SAME??! ??? You couldn’t make this up if you tried!!” the elder Beckham said.

Mara told reporters he’d prefer Beckham creates headlines for his on-field performance as opposed to what he says and does off the field.

Football is an emotional game. Beckham certainly is more expressive than most of the NFL, but it’s clear Mara isn’t immune to showing anger in a spirited way.

This doesn’t mean Beckham or Mara are excused in their actions — or, on the flip side, even being detrimental. Rather, it’s a reminder that Beckham’s reputation could just as easily be someone else’s if they were in the spotlight so often.

Remember: The cameras are always on.