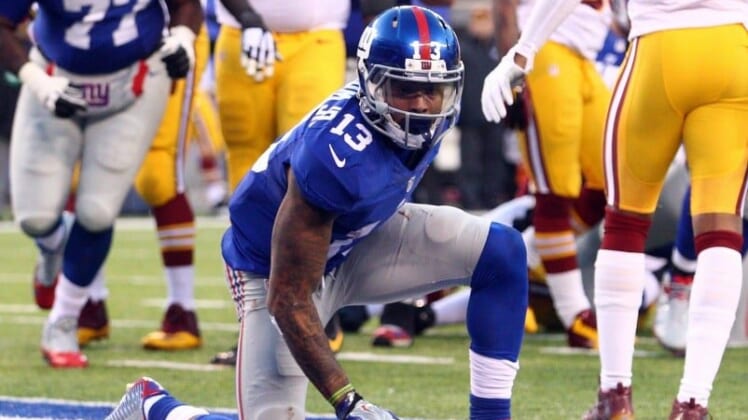 The Cleveland Browns have won the offseason by landing one of the game’s brightest offensive stars, Odell Beckham Jr.

That move, however, won’t just benefit the franchise — OBJ is set up to have the best year of his career now that he’s teamed up with Baker Mayfield and his old college teammate, Jarvis Landry.

Some context: Beckham Jr. has already put up some jaw-dropping stats in his first five seasons as a pro.

Clearly, it would take some spectacular offensive fireworks by Mayfield in Cleveland to push Beckham Jr. to new heights.

Manning vs. Mayfield: Looking at these two quarterbacks, it’s clear that Beckham’s potential for production is much greater in Cleveland than it was in New York.

So many weapons: Cleveland, unlike New York, has multiple weapons that will stress opposing defenses and allow Beckham Jr. more opportunities for big plays.

The bottom line: Playing in a pick-your-poison offense like this, Beckham will thrive. He now has an accurate quarterback who isn’t afraid to take chances and thread the needle. He has another No. 1 receiver playing with him, which should open up the entire field.

In short, he’s set up for success like he’s never experienced as a pro.

Don’t be surprised if Beckham Jr. breaks out with a career year in 2019, as absurd as that sounds.