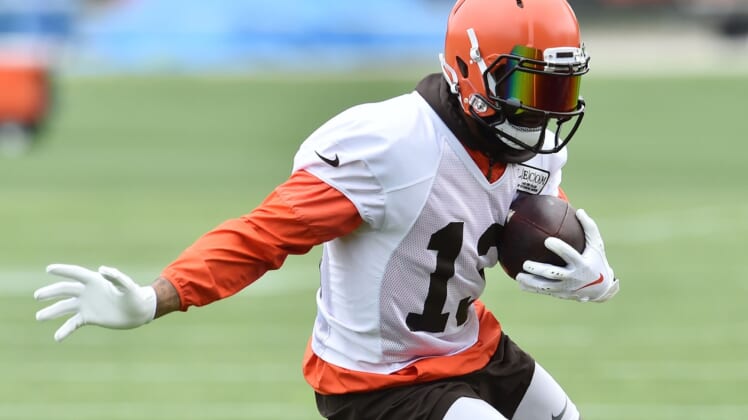 Odell Beckham Jr. made waves recently with comments about his former team, the New York Giants, during an interview with GQ.

“I felt disrespected, because I felt like I was a main reason at keeping that brand alive,” Beckham said. “They were getting prime-time games, still, as a 5-and-11 team. Why? Because people want to see the show. You want to see me play. That’s just real rap.”

NFL Hall of Famer and Fox Sports analyst Terry Bradshaw was approached by TMZ Sports and asked about the comments.

Bradshaw went a bit further, saying, “He ought to be happy he’s in Cleveland making a nice dollar and they want him there.”

The comments made by Bradshaw seem to lend credence to what Baker Mayfield hinted recently about Giants fans and NFL people in general taking Beckham for granted.

There’s no doubt the dynamic receiver is being embraced for who he is in Cleveland, both by the team and the fans.