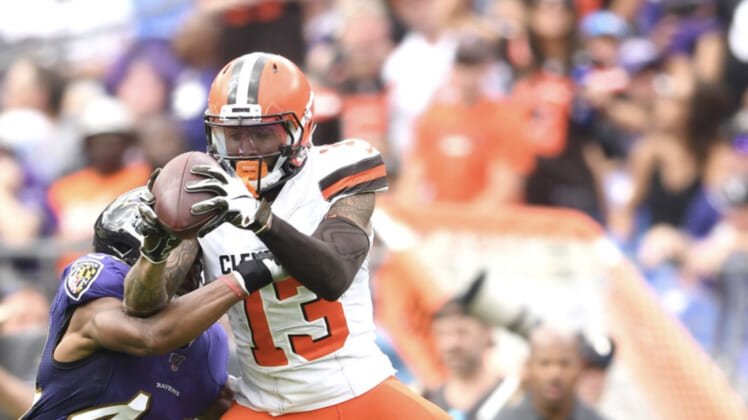 Despite seeing his Cleveland Browns win in blowout fashion against the Baltimore Ravens on Sunday, Odell Beckham Jr. did not have the greatest of games.

Cornerback Marlon Humphrey and Co. held OBJ to just two catches for 20 yards on seven targets. Needless to say, it was a frustrating day for the star receiver.

It also led to a fight with the above-mentioned Humphrey in which Baltimore’s cornerback was seen choking Beckham Jr.

Following the game, Beckham had himself a pretty hilarious take on the spat.

He wasn’t upset about being choked. Just don’t mess with the dude’s earrings. That’s prime OBJ in every possible way.

We’re also wondering how Beckham would have reacted if one of his expensive watches was ruined in a game. It would be pretty ugly.

The expectation here is that both Humphrey and OBJ will be fined for their actions. No word yet on the status of his earring.