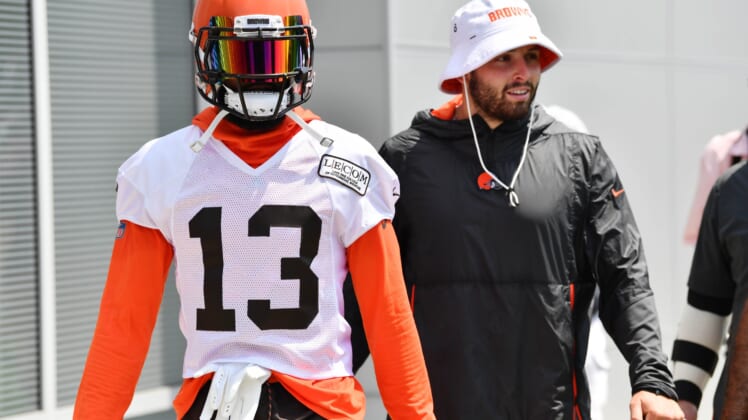 But for Beckham, it’s about a lot more than this. He’s apparently a big time fantasy football player. He also selected Mayfield relatively high in one league.

The pressure is now on the second-year quarterback to put up the numbers worthy of fantasy football success. Just ask OBJ.

Now, that’s a lot of pressure right there. It’s one thing to be the face of a long-downtrodden franchise with realistically high expectations. It’s a completely different thing to let your teammate down in the fantasy football world.

No word yet on where OBJ drafted Mayfield. We’re going to assume for a second it was one round after the receiver selected himself. That would be vintage Odell Beckham Jr.