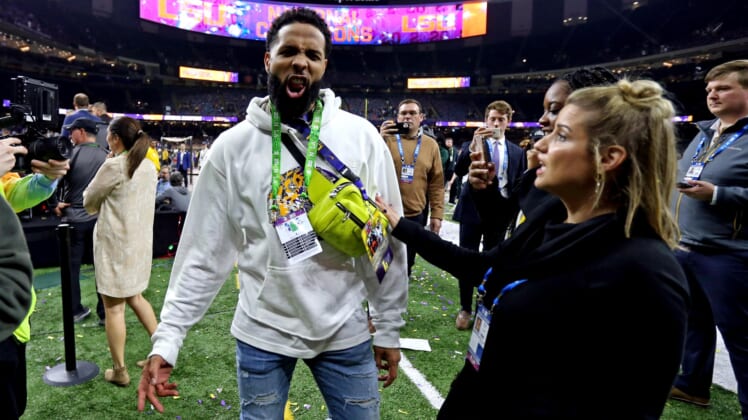 Cleveland Browns receiver Odell Beckham Jr. has been hit with an arrest warrant from the New Orleans Police for slapping a security officer on the buttocks after LSU’s win Monday night.

NOLA.com shared that, “A police spokesman said the warrant was issued after a video showed Beckham apparently slapping a guard’s buttocks after LSU’s championship game.”

The arrest warrant for Beckham is for “simple battery in relation to a locker room interaction he had with a Superdome police officer Monday night,” per the report.

Chances are, this story will end up blowing over without any significant repercussions. And quite honestly, it should. In fact, other stuff Beckham Jr. did Monday night will probably have a bigger impact in the long term.

But while Beckham wasn’t doing anything overtly awful here, he did show a lack of respect toward an officer of the law, and now he’s facing the consequences.

The Browns released a short statement after news broke that Odell Beckham Jr. had an arrest warrant.