Odell Beckham Jr. does not practice, opener in question 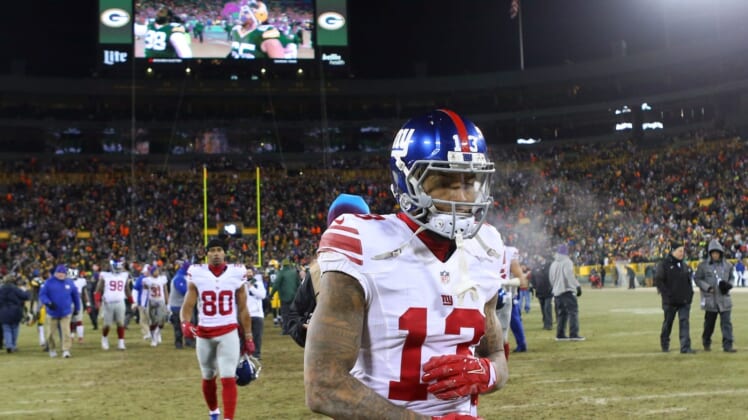 New York Giants wide receiver Odell Beckham Jr. was at practice on Wednesday as the team began their preparation for the Dallas Cowboys Sunday night.

However, Beckham Jr. did not practice. This was confirmed Wednesday afternoon by Giants head coach Ben McAdoo.

OBJ suffered a sprained left ankle in New York’s second preseason game over two weeks ago. He has yet to practice. The later we get in the week without the star receiver seeing practice time, the less likely it is he will suit up Week 1 against the Cowboys.

For Beckham’s part, he has millions of reasons to take this process slowly. Looking to become the NFL’s highest-paid receiver, the fourth-year pass catcher doesn’t want a lingering ankle injury to impact him over the course of the 2017 season.

For his part, Beckham Jr. pretty much reiterated what McAdoo had to say about his status for this week.

.@OBJ_3 – It's a day-to-day thing and I'm really trying to get better…I'm just being patient.

It will be interesting to see what happens between now and Friday with Beckham Jr. If he’s not on the practice field by the time the weekend starts, it’s highly unlikely he will make the trip to Dallas for Sunday’s game. That would be a major blow for the Giants.