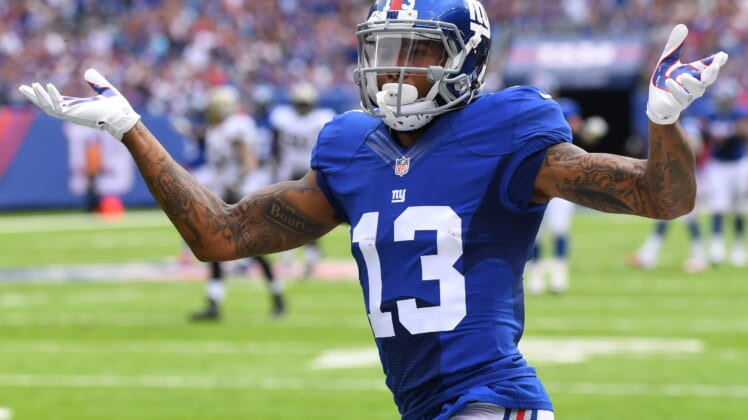 According to ESPN’s Jordan Ranaan, the New York Giants wideout said he considers Ramsey, his upcoming opponent, either 1A or 1B along with Peterson.

Ramsey and his Jacksonville Jaguars will travel to face the Giants in the 2018 regular-season opener for both teams.

Last season, Beckham appeared in only four games before an ankle injury unceremoniously ended his campaign. The recently paid receiver must be excited to return, and a showdown with Ramsey only adds to the intrigue.

Beckham won’t meet Peterson and the Arizona Cardinals this season, so Week 1 will be OBJ’s biggest individual test of the season.

Get your popcorn ready.