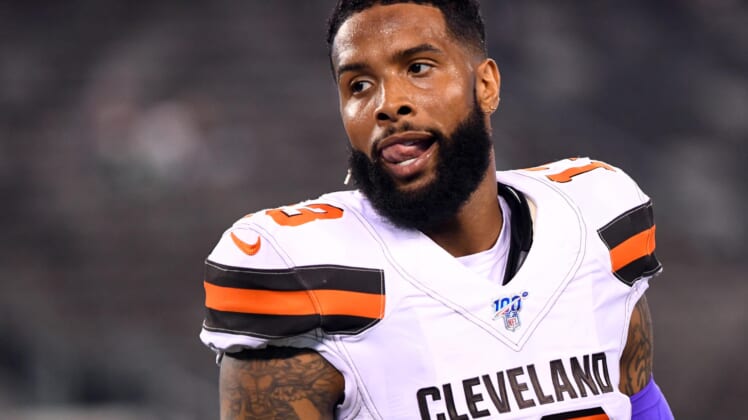 It’s been a major struggle for Odell Beckham Jr. getting into the end zone in his first season with the Cleveland Browns.

OBJ has scored one touchdown on 89 targets in 10 games this season. Those are some putrid numbers right there.

It appears that the lowly Miami Dolphins are the tonic for Beckham Jr. With Cleveland up 7-0 late in the first quarter on Sunday, Beckham burnt the team with a 35-yard touchdown catch from Baker Mayfield.

Mayfield had his pick of the litter here. He ended up finding OBJ for a two touchdown lead as the Browns look to move to 5-6 on the season.