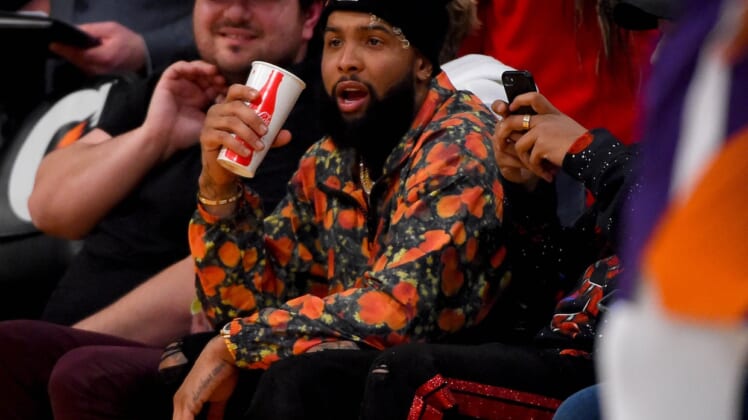 It’s going to take a while to get used to. Over the course of his five-year NFL career, Odell Beckham Jr. and his name has been synonymous with Giant blue.

Following a shocking trade to the Cleveland Browns earlier this offseason, that’s no longer the case.

For the first time on Friday morning, we were able to witness OBJ wearing a Browns uniform. The team posted a photo shoot with its electric new receiver to social media. Like we said before, it’s going to take some getting used to.

To say that’s just all sorts of weird would be an understatement. The NFL’s biggest laughingstock over the past two decades, these Browns turned it around big time last season.

Now flush with pretty much the most-talented offense outside of Kansas City in the AFC, we’re highly intrigued to see how things shape up in 2019.

For now, Browns fans can be excited to realize that the OBJ trade wasn’t some sort of cruel joke.