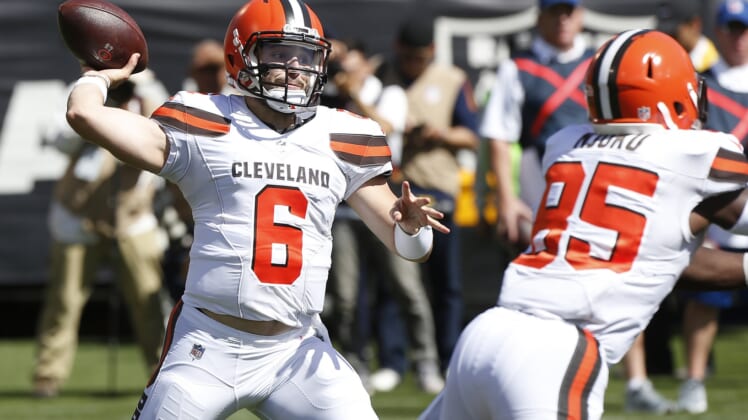 Now that the Cleveland Browns have been practicing together in minicamp, wide receiver Odell Beckham Jr. is just gushing about quarterback Baker Mayfield.

In OBJ’s book, he ranks Mayfield right up there in talent with the legendary Brett Favre.

That is a pretty lofty comparison. But there is no doubt Mayfield has the same type of gunslinger’s mentality Favre did.

Like Beckham said, Mayfield will have to continue putting in the hard work to rise to that level. Notably, the young quarterback has looked amazing so far in offseason practices and has thrown some beautiful dimes to his receivers.

In 2019, Mayfield will look to improve on his accuracy. While he threw for an impressive 27 touchdowns in 14 games, he did manage to toss 14 interceptions. Though, his 63.8 percent completion rate earned him good marks.

Having a rock star receiver such as Beckham to throw to should keep Mayfield trending up in 2019.

It is the beginning of a great era for Cleveland — one Browns fans have deserved for a long time.