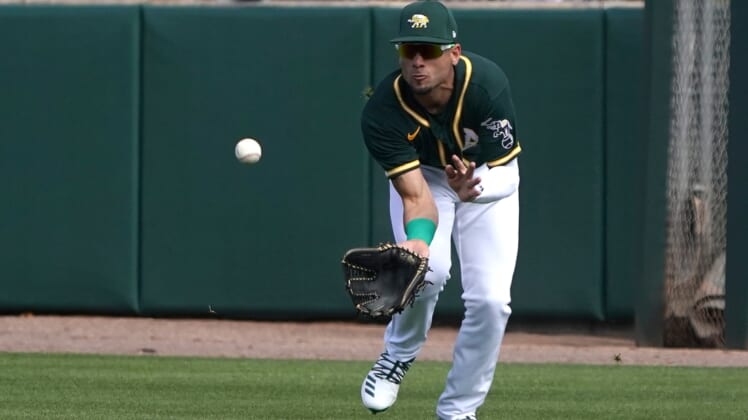 Moreland, who is dealing with a rib injury on his left side, is batting .237 with four home runs and 15 RBIs in his first season with the A’s. The 35-year-old is a career .252 hitter with 180 home runs and 603 RBIs over 12 seasons with the Texas Rangers, Boston Red Sox, San Diego Padres and A’s.

Barrera, 25, will be on a major league roster for the first time. He has spent nine seasons in the A’s system, making his debut for Oakland’s Dominican Summer League team when he was 17. He was batting .349 with two home runs and seven RBIs in 11 games at Triple-A Las Vegas.

Barrera, Oakland’s No. 7 overall prospect, according to mlb.com, is expected to be available for Tuesday night’s home game against the Houston Astros.