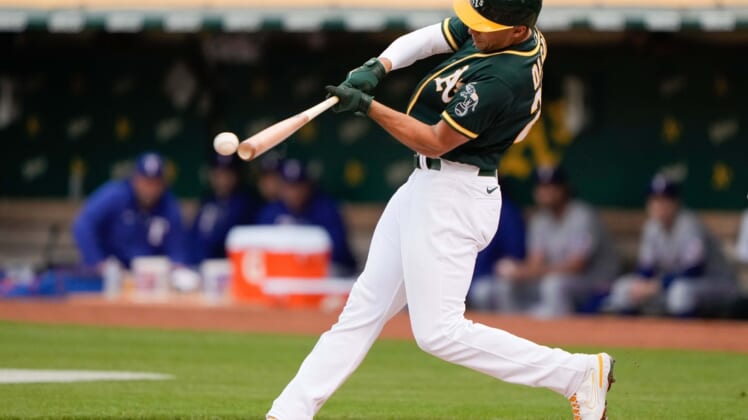 Oakland Athletics first baseman Matt Olson said Wednesday that he will be part of next Monday’s Home Run Derby competition.

The event will be held at Coors Field in Denver one day prior to the All-Star Game.

Olson has 20 homers and a .552 slugging percentage entering Wednesday’s game against the host Houston Astros. He was selected to the American League All-Star team as a reserve and will be making his first appearance.

The 27-year-old Olson has hit one career homer in 30 at-bats over eight games at Coors Field.

Olson is the sixth player to enter the Home Run Derby field, joining Shohei Ohtani of the Los Angeles Angels, Trey Mancini of the Baltimore Orioles, Salvador Perez of the Kansas City Royals, 2019 champion Pete Alonso of the New York Mets and Trevor Story of the hometown Rockies.