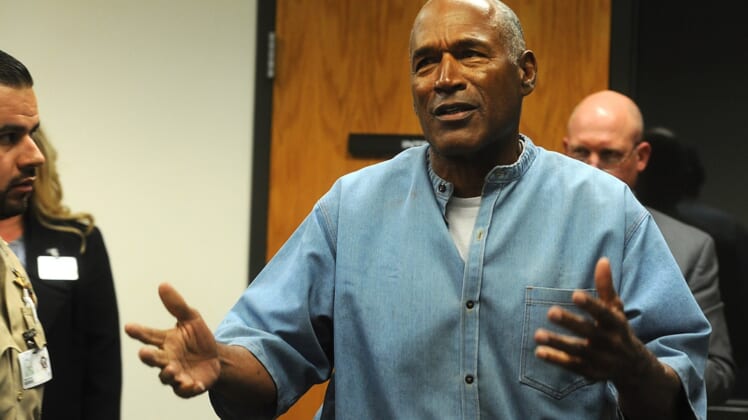 Out of prison for just over one month, O.J. Simpson is not exactly keeping his nose clean. At least not according to a report.

Simpson was reportedly ejected from Las Vegas’ Cosmopolitan Hotel on Wednesday for, according to a TMZ Sports report, “allegedly getting wasted and then being extremely unruly.”

“Simpson had been frequenting bars at the hotel since his release from prison. Hotel staff tells TMZ … at around midnight last night, Simpson was drunk and became disruptive at the Clique bar. We’re told Simpson was angry at hotel staff and glasses broke at the bar,” the TMZ Sports report said. “Security showed up and removed Simpson from the hotel. We’re told Simpson has been permanently banned from the Cosmopolitan.”

Given all that’s happened to O.J., he should probably work on keeping a low profile. We don’t know all of the specifics of this case but even if he’s less guilty than the report would have you believe, Simpson isn’t exactly going to get the benefit of any doubt.

But apparently, low profile is just not something that The Juice does.