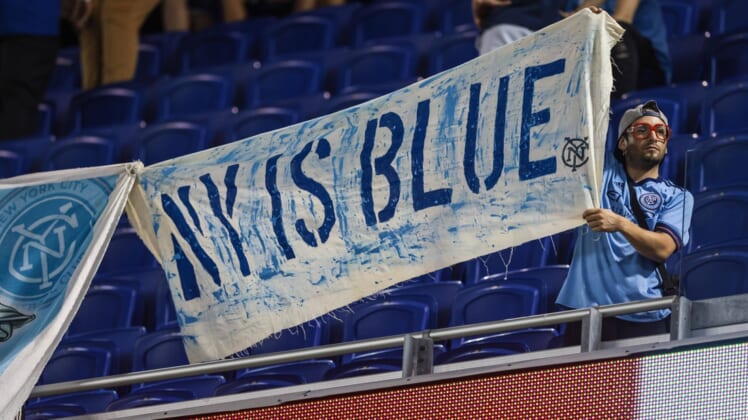 Pereira, 20, joins the reigning league champions via the MLS U22 initiative. His deal includes an option for 2027.

“We are thrilled to be able to bring Gabriel to New York City Football Club. In Gabriel, we’re acquiring a very talented and highly regarded prospect that we know will bring a new attacking dimension to our team,” NYCFC sporting director David Lee said. “Gabriel is a quick, skillful, and dynamic left-footed winger that can take on opponents in (one-on-one) situations.”

It's official – Gabriel Pereira is moving to the greatest City in the world ?? @Dumbomoving

Pereira has played at the Brazilian club Corinthians since 2020, registering two goals and three assists in 47 games.

“I know I still have a lot to improve, but I know NYCFC and City Football Group has an incredible record of developing and helping players to grow,” Pereira said. “I look forward to continuing to develop as a player and professional on-and-off the field and hope I can contribute to the team’s success this year.”

He will join the team upon receipt of his international paperwork.