NYCFC out to finally turn page vs. struggling D.C. United 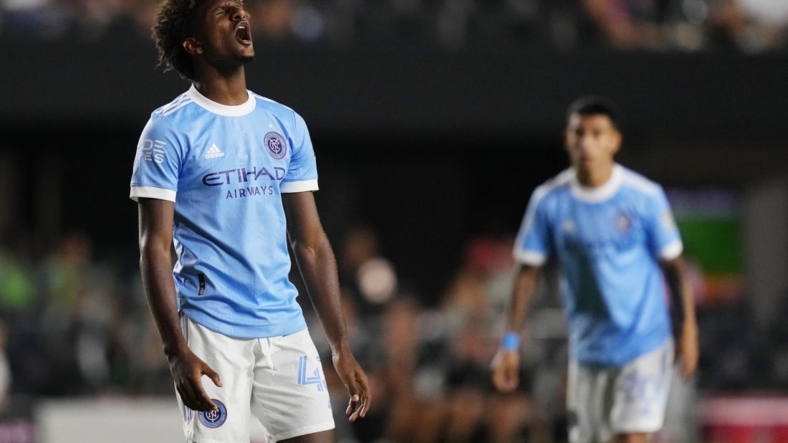 Since Valentin Castellanos received a warm sendoff from fans at Yankee Stadium, New York City FC are struggling, with the chance of a somewhat favorable playoff position in jeopardy.

The defending champions own one win in since leading-scorer Castellanos played his final game July 23 in advance of his loan to Girona in Spain. The club hopes to start building some positive momentum for the stretch run Wednesday night when they play host to struggling D.C. United.

NYCFC (13-8-6, 45 points) are 1-4-1 in six matches since Castellanos departed. The slide has pushed the defending MLS champions nine points behind first-place Philadelphia, four behind second place Montreal and only one ahead of the fourth-place New York Red Bulls.

NYCFC halted a four-game winless skid when they recorded a 2-0 win at Chicago on Aug. 21, but on Sunday night they were dealt a 2-1 loss at Orlando City while getting outshot 17-5 and conceded the tie-breaking goal in the sixth minute of stoppage time.

“I think it’s good that on Wednesday we have the opportunity to return and get revenge,” NYCFC’s Nicholas Acevedo said. “Now, it’s time to rest, train as much as we can, and give it all on Wednesday.”

On Sunday, the United ended a nearly 500-minute goalless drought when Ravel Morrison scored early in the second half. The United held a one-goal lead in the 55th minute on a goal by Ola Kamara but allowed two goals via header after taking the lead.

Besides blowing the lead, the United also lost All-Star Taxi Fountas due to a head injury. Fountas, whose 11 goals lead the team, entered concussion protocol, and will miss Wednesday’s contest.