NYCFC look to ride momentum into clash vs. Toronto FC 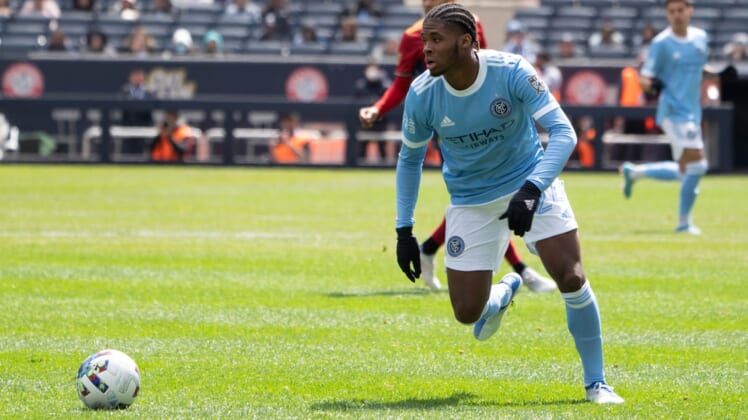 New York City Football Club’s first few weeks as reigning MLS champions were defined by an inability to consistently put the ball in the back of the net.

Coming off one of their most impressive showings in team history, NYCFC seek another productive showing Sunday when they host Toronto FC at Citi Field.

NYCFC (2-3-1, 7 points) enter their second meeting against Toronto with 11 goals, with 10 coming in two games. It rolled to a 4-0 victory over FC Montreal at Yankee Stadium on March 12 and then scored once in the subsequent two matches against the Philadelphia Union and Toronto.

After two more disappointing showings from the offense, NYCFC rolled to a 6-0 victory over Real Salt Lake.

Castellanos scored his first four goals of the season in a game that occurred shortly after the defending champions were ousted from Champions League competition. Castellanos’ 19 goals led the league last season and won him the Golden Boot trophy.

“I feel happy first and foremost for the team and the guys in the locker room. And then on the personal level, just happy to be able to get on the scoresheet and get back into the race and in the running for the Golden Boot,” Castellanos said through a translator. “Obviously our focus has been Champions League. Unfortunately, that didn’t happen. So now we turned our focus to the league and kind of looking forward and excited for these matches.”

Toronto FC (3-2-2, 11 points) also have scored 11 goals but have yet to score more than two in any match. Toronto FC have sandwiched three 2-1 victories around a 2-2 draw with Real Salt Lake on April 9.

The three wins were at home and Toronto is looking to keep rolling while playing five of its next eight matches on the road.

Last week, Toronto FC made the Eastern Conference race slightly tighter when they earned a 2-1 comeback win over early leader Philadelphia. Alejandro Pozuelo used some spectacular footwork to elude multiple defenders and scored the tiebreaking goal in the 51st minute.

“We’re really proud of the guys,” Toronto goalkeeper Alex Bono said. “We really grinded out another victory today. It’s early in the season, we are just trying to accumulate points, put up good performances today and let the results take care of themselves. But today was a big win for us for sure.”