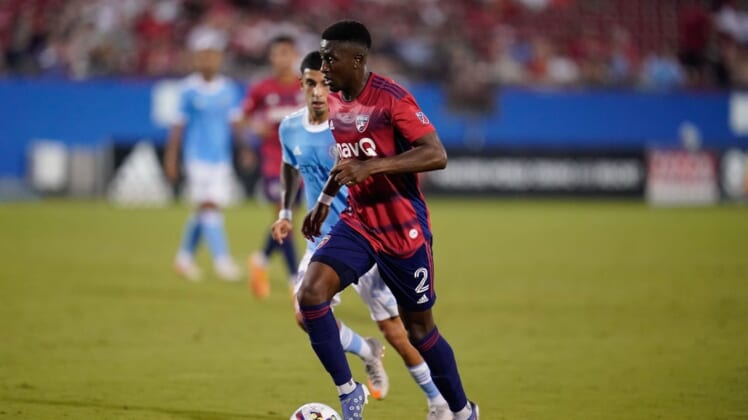 Heber dos Santos’ goal in the 29th minute was all visiting New York FC needed to earn a 1-0 win over struggling FC Dallas on Wednesday in an interconference match in sweltering conditions in Frisco, Texas.

NYCFC goalkeeper Sean Johnson had to make just one save to record his ninth clean sheet of the season and the 85th of his 14-year MLS career.

NYCFC (10-4-5, 35 points) produced the match’s lone goal when Heber made the most of a mistake by the FC Dallas defense and a spot-on pass from Santiago Rodriguez after a run deep into the Dallas defensive zone.

Dallas had a plenty of scoring chances in the second half, the final of which came eight minutes into stoppage time when Nkosi Tafari missed a header wide to the left of the goal after a pass into the box by Edwin Cerrillo.

New York has won two straight matches and has earned points in 13 of its past 14 matches, with wins in nine of those games.

Dallas outshot NYCFC 12-4 but had just one shot on goal, matching a season low that was set in three previous matches against Vancouver, Chicago and New England.

FC Dallas (7-6-7, 28 points) is winless in their past six matches (three draws) and has won just once in their last nine outings. Dallas has not won at home since May 7 against Seattle.

The teams have now met seven times with NYCFC’s win on Wednesday the first on the road by either side. The teams have drawn in four of those contests.