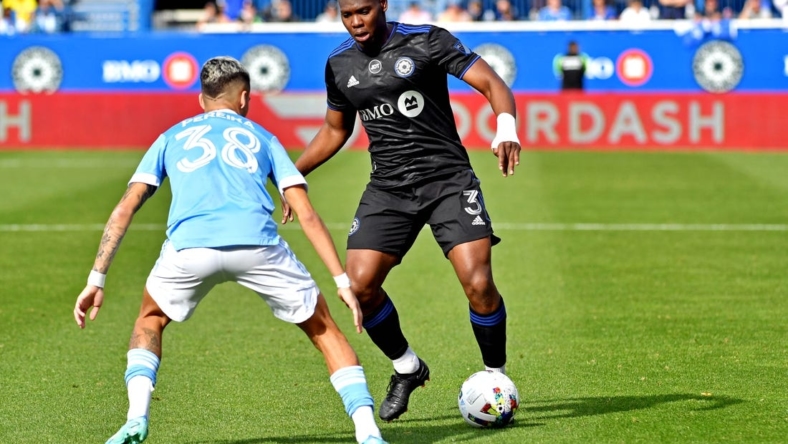 Maxi Moralez and Heber each scored their second goals of the playoffs before halftime and New York City FC cruised to a 3-1 victory at CF Montreal in the Eastern Conference semifinals on Sunday afternoon.

Talles Magno added a second-half penalty kick for defending MLS Cup champion NYCFC, who have won five games in a row stretching back to the regular season.

NYCFC goalkeeper Sean Johnson made seven saves, many of those coming in the first half when Montreal was threatening with the ball. Those early Montreal chances mostly came after NYCFC defender Maxime Chanot departed in the 14th minute with an apparent left leg injury.

Djordje Mihailovic eventually scored a late consolation goal for Montreal, which lost for the first time in seven games after a season in which they finished only two points behind Philadelphia for the top place in the East.

On Montreal’s opening goal, Gabriel Pereira and Santiago Rodriguez played a give-and-go down the right side of the penalty area, and then Pereira crossed from the byline back toward Heber at the near post.

A Montreal defender got in the way, but deflected it only as far as Moralez, who hammered a shot from just outside the goal box into the roof of the net in the sixth minute.

Heber gave the visitors a second goal against the run of play in the third minute of first-half stoppage time on a four-on-four break.

Rodriguez eventually got the ball on the right, Heber made another well-timed run toward the near post, Rodriguez found him at the back post and Heber guided his first touch past goalkeeper James Pantemis.

Mango put the match out of reach from the spot in the 61st minute after Pantemis took down Pereira in the box. Pantemis made one save.