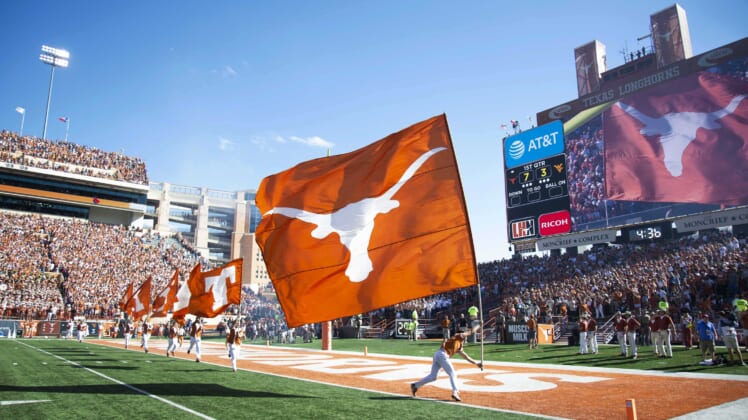 The Texas Longhorns football program is dealing with a COVID-19 outbreak, with more than a dozen players testing positive or presumed positive.

On Wednesday, reports emerged that Texas had six players that tested positive for COVID-19, and that “at least” 15 players were in quarantine due to contact tracing.

On Thursday, Texas announced 13 players have tested positive for COVID-19 or are presumed positive, per Brian Davis of the Austin American-Statesman. Ten more players are also in self-quarantine and are asymptomatic.

Texas isn’t the only school dealing with students coming back to school testing positive. Other major schools like Alabama, Oklahoma State, Iowa State and the University of Houston have all had multiple positive tests. The Cougars football program suspended workouts due to their minor outbreak.

Will college football be played this fall?

At this time, the plan is still for college football to be played this fall. Additionally, universities are planning for the potential that fans may be allowed to attend, despite spikes in positive cases in many states across America.

However, on Thursday morning, Dr. Anthony Fauci cast doubt upon football being played safely this fall.

“Unless players are essentially in a bubble – insulated from the community and they are tested nearly every day – it would be very hard to see how football is able to be played this fall,” Fauci said, speaking with CNN (h/t ESPN.com). “If there is a second wave, which is certainly a possibility and which would be complicated by the predictable flu season, football may not happen this year.”

There are currently no plans for college football to adopt a “bubble” format. Nor would that seem feasible whatsoever.