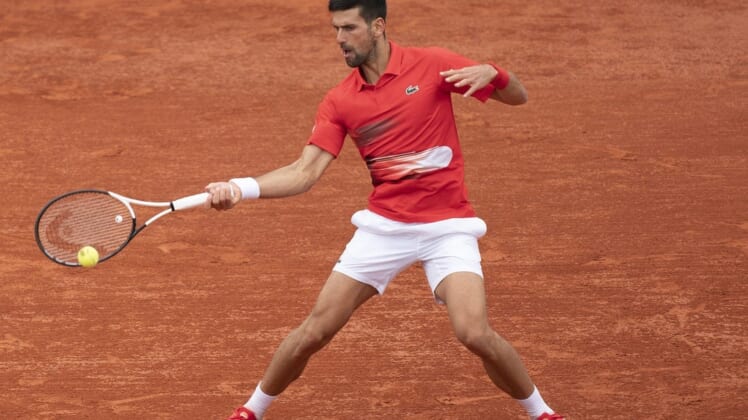 Defending champion Novak Djokovic and Rafael Nadal each recorded straight-set wins on Friday in their respective third-round matches at the French Open in Paris.

The top-ranked Djokovic cruised into the fourth round following his 6-3, 6-3, 6-2 win over Aljaz Bedene of Slovenia. The 20-time Grand Slam champion recorded 30 winners and committed just 18 unforced errors to dispatch Bedene in 1 hour, 45 minutes.

Djokovic’s next foe is No. 15 seed Diego Schwartzman of Argentina. Should the Serbian defeat Schwartzman for the seventh time in as many career meetings, he’ll set up a potential quarterfinal clash against No. 5 Nadal.

“Today has been a very good test and very positive test, because I was able to play my best match of the tournament so far, without any doubt,” the Spaniard said after reaching the fourth round at Roland Garros for the 17th time. “For two sets and a half I was playing at a very positive level.”

“I don’t know if I need insight on how Rafa plays. I think we all know what he does well. I don’t think Toni will tell me anything new about how Rafa plays,” Auger-Aliassime said. “But we had the discussion, it was black and white from the first time we started working together we knew it was a possibility that eventually I would play Rafa when I’m working with Toni.

“And now he’s present here in this Grand Slam. But I think Toni will watch from a neutral place and enjoy the match. From my part, it’s another match, another opportunity to try to play a good match and win, but of course, it’s very difficult.”

Schwartzman set up his match with Djokovic by posting a 6-3, 6-1, 6-2 win over No. 18 Grigor Dimitrov of Bulgaria. The 29-year-old Schwartzman took advantage of 59 unforced errors to end the match in two hours, 17 minutes.

Third-seeded Alexander Zverev of Germany was scheduled to face Brandon Nakashima, sixth-seeded Spaniard Carlos Alcaraz was set to test Sebastian Korda and 10th-seeded Carmeron Norrie of Great Britain was slated to challenge No. 21 Karen Khachanov of Russia later on Friday.