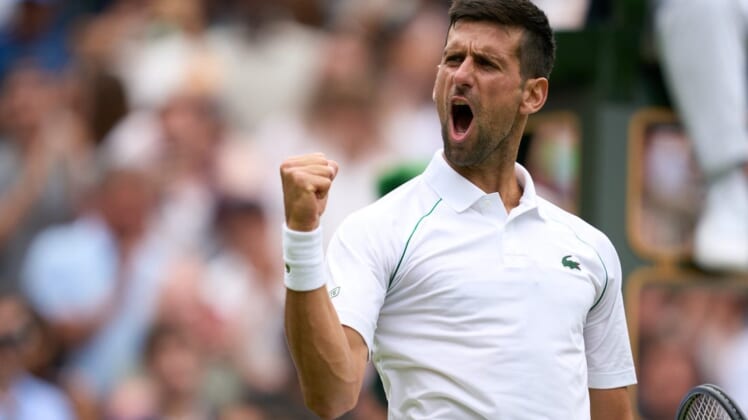 Top-seeded Novak Djokovic moved within one win of capturing his fourth consecutive Wimbledon title courtesy of a 2-6, 6-3, 6-2, 6-4 semifinal victory Friday against ninth-seeded Cameron Norrie in London.

A six-time champion at the All England Club, Djokovic will compete in his 32nd career final in a Grand Slam on Sunday when he meets Nick Kyrgios. The 27-year-old Australian advanced to his first major final after his semifinal opponent, Rafael Nadal, withdrew due to an abdominal injury.

Djokovic, 35, is bidding to win his 21st Grand Slam title. He overcame a first-set stumble to defeat the native of Great Britain in two hours and 24 minutes.

Kyrgios, however, has won both of his career encounters against Djokovic.