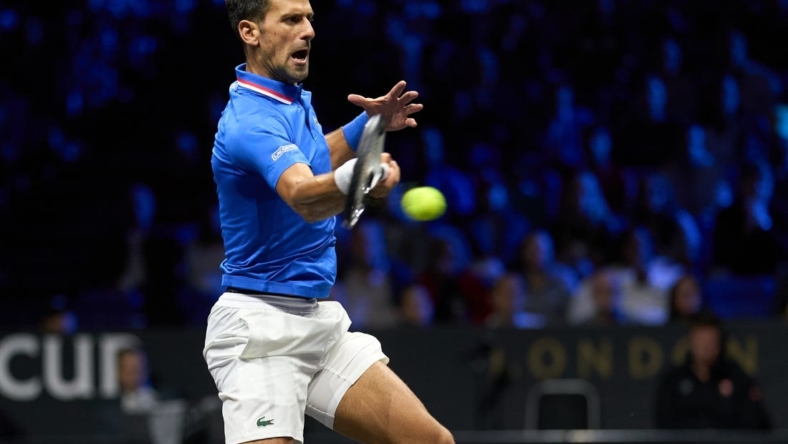 Sixth seed and defending champion Novak Djokovic of Serbia ran away with a first-set tiebreak en route to beating American Maxime Cressy 7-6 (1), 6-4 in the second round of the Rolex Paris Masters on Tuesday in France.

Cressy had a 15-4 edge in aces and saved four of five break points, but the Serbian star coped by winning 35 of his 38 first-service points (92.1 percent). He won the final five points of the tiebreak to claim the first set before dominating the second.

“It was very intense, just a lot of pressure,” Djokovic said. “When you play someone that serves this well — first and second serve — you don’t have much room to relax and maybe play kind of a softer few games. You just have to be on your toes all the time. Credit to him for serving big in some big moments.”

Three other players joined Djokovic in securing spots in the Round of 16 with second-round victories.

No. 3 seed Casper Ruud of Norway beat French wild card Richard Gasquet 6-1, 7-6 (7), rallying from a break down in the second set. Russian No. 7 seed Andrey Rublev was a 6-2, 6-3 winner over American John Isner. And Russia’s Karen Khachanov beat Swiss qualifier Marc-Andrea Huesler 6-3, 4-6, 6-4. Khachanov will face Djokovic in the next round.

Rune saved two match points while trailing 5-4 in the second set. He fought his way back to win the set and force a third. Wawrinka served for the match again up 6-5 in the third, but Rune saved again and forced a tiebreak, where he lost the first point before storming ahead for good.

Italian lucky loser Fabio Fognini advanced by beating French qualifier Arthur Fils 7-6 (5), 6-7 (4), 6-2. Fognini had lost to Fils in qualifiers for the Paris Masters and only got a spot in the field when countryman Matteo Berrettini withdrew due to a foot injury.