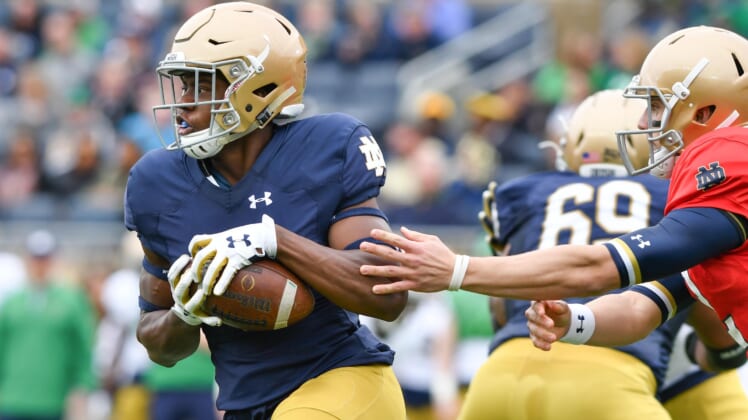 The Notre Dame Fighting Irish will not have starting running back Jafar Armstrong on the field when they return to play Sept. 14 against New Mexico.

Armstrong suffered a groin injury in Notre Dame’s sloppy win over Louisville this past Monday. According to ESPN’s Adam Rittenberg, Armstrong is expected to miss a month of action.

This could be a relatively big blow for the eighth-ranked Irish. While they shouldn’t have much of an issue against New Mexico, Notre Dame must travel to Athens to take on the third-ranked Georgia Bulldogs the following week.

Armstrong ran the ball just two times for 10 yards against Louisville before pulling up lame. The junior averaged 6.3 yards per touch last season.

He’ll be relaced in the lineup by senior Tony Jones Jr., who went for 110 yards on 15 attempts against the Cardinal last week.