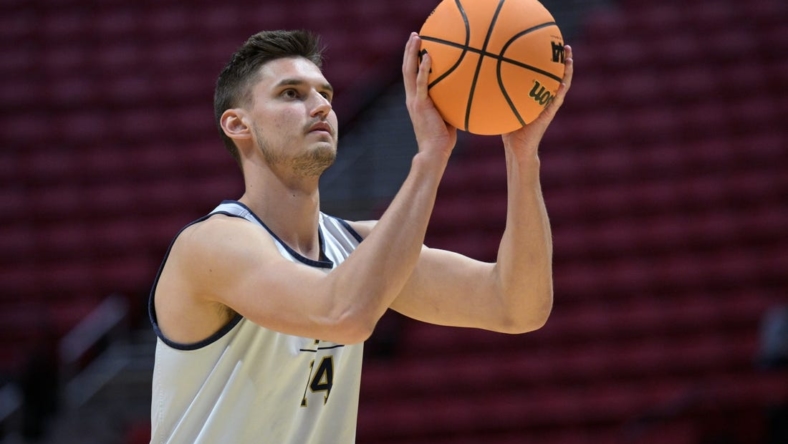 Ryan scored in transition to lead 77-76 as Notre Dame took advantage of a 5-on-4 situation with Radford’s DaQuan Smith lying injured out of bounds after an unsuccessful drive to the basket.

The Highlanders had a chance to erase their one-point deficit, but senior Josiah Jeffers missed a 6-foot runner from the baseline with two seconds left.

Freshman guard Kenyon Giles came off the bench to score 20 points for Radford (0-2), which led by as many as nine in the second half. Smith added 18 points.

Notre Dame established Laszewski early. He scored the team’s first nine points with a mix of 3-pointers, layups and free throws. But Radford scored on four of its first five possessions to prompt Notre Dame to ditch its man-to-man defense in favor of a zone.

Notre Dame clung to a 40-39 halftime lead, then missed eight of its first nine shots in the second half to help Radford build a 51-42 lead on Giles’ pullup jumper in transition with 13:22 to go.

Notre Dame’s comeback began with 9:36 left when Radford big man Shaquan Jules hit Laszewski in the face with a right elbow while making a move in the post. The officials ruled it to be a flagrant 1 foul, and Laszewski hit both free throws to cut Notre Dame’s deficit to 57-52. Ryan added two free throws on the ensuing possession.

The Irish finally regained a 72-71 lead on Dane Goodwin’s pair of free throws with 3:21 left, but Jeffers replied with consecutive driving layups to set up the riveting conclusion.