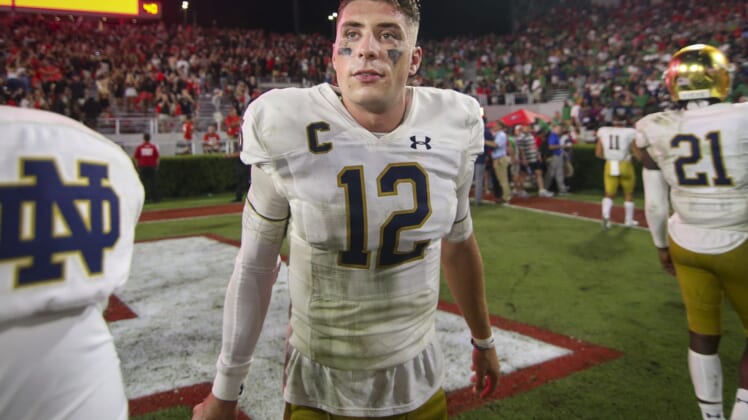 Notre Dame gave its best effort against a favored Georgia team on the road Saturday night. Unfortunately for the Irish and their fans, Brian Kelly and Co. dropped the game by the score of 23-17.

A few days later, and some Notre Dame fans took out a full-page ad in the Athens Banner-Herald congratulating the Bulldogs on the win.

That’s about the classiest thing we’ve seen around the college football world.

Despite their loss, the Irish still rank in the top 10 and have a shot at the College Football Playoff should they win out.

On the other hand, Georgia proved itself to be on par with both Clemson and Alabama following this hard-fought win.

Maybe a rematch could be in store during bowl season. Who knows?