Not quite their heyday, but LSU vs. FSU still intriguing Sunday 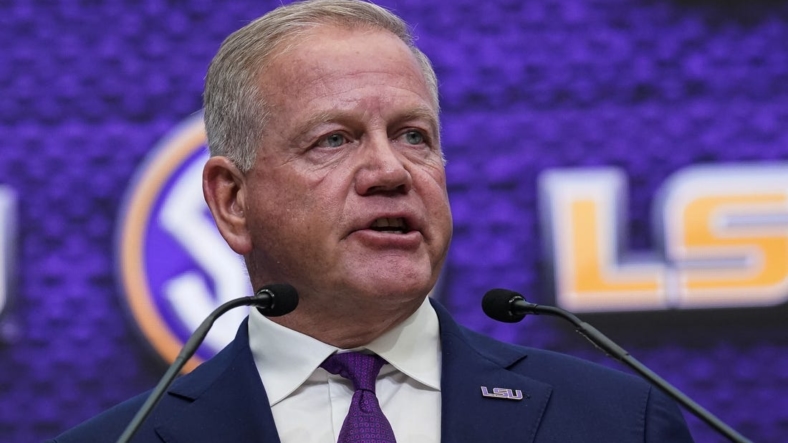 Expectations aren’t as high for Florida State or LSU this season compared to what they generally have been, but Sunday night’s game in New Orleans still qualifies as one of college football’s most intriguing games of the week.

Neither team is ranked as the Seminoles (1-0) meet the Tigers in the Allstate Louisiana Kickoff in the Caesars Superdome, as LSU launches the Brian Kelly era in prime time.

As FSU tries to build on its season-opening 47-7 rout of FCS opponent Duquesne, one of these teams will leap into the Top 25 discussion.

“Kids, they know,” Seminoles third-year coach Mike Norvell said. “You don’t have to hype it up any extra for what it is. You go play your best and put your best foot forward each and every play, and you’ll give yourself the best chance to be successful in the moment.”

Against Duquesne, FSU had three 100-yard rushers for the first time in school history, as the Seminoles won their season opener for the first time since 2016. Treshaun Ward had a career-high 127 yards on 14 carries, Trey Benson went for 105 yards and Lawrance Toafili posted 101.

“Usually it’s whoever has the hot hand,” Benson said. “But today, all of us had the hot hand.”

Former Notre Dame coach Kelly said the Tigers must slow down the FSU running game or dual-threat quarterback Jordan Travis “will have a field day.”

As for his own quarterback, Kelly has declined to publicly name his starter even though he said he chose between Arizona State transfer Jayden Daniels and redshirt freshman Garrett Nussmeier last weekend.

“I think it’s a tactical advantage not to announce it,” Kelly said.

The Tigers went just 6-7 last season as Ed Orgeron was fired as head coach, but they promptly shocked the college football world by spiriting away Notre Dame’s all-time winningest coach with a 10-year, $95-million deal.

Kelly and the Tigers will begin this season without John Emery, who was projected to be the top running back, but will miss at least the first two games of this season after missing all of last season because of academic issues.