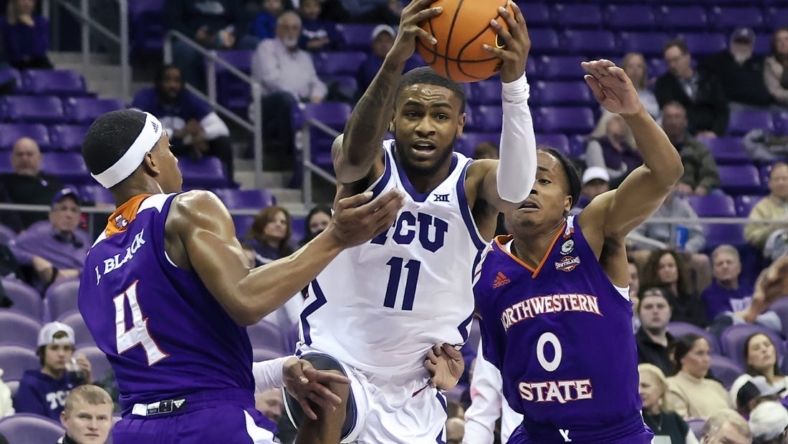 Ja’Monta Black scored 25 points and Demarcus Sharp added 19, including the go-ahead basket with 1:14 to go, to help visiting Northwestern State upset No. 15 TCU 64-63 on Monday night at Fort Worth, Texas.

TCU played without leading scorer Mike Miles, who missed the game due to an undisclosed injury, and Damion Baugh, who’s serving a six-game suspension imposed by the NCAA for signing with an NBA certified agent after last season.

O’Bannon then missed a jumper, before teammate JaKobe Coles put up an errant layup try. Haney grabbed the defensive rebound.

The Horned Frogs got the ball back with 6.6 seconds on the clock, but O’Bannon missed a 3-point attempt as the final buzzer sounded.

With Northwestern State trailing 59-56 and possessing the ball, Sharp was stripped by Shahada Wells, who proceeded to sink a fastbreak layup that put ahead TCU by 5 points with 4:44 remaining.

Following a timeout, Sharp’s jumper in the lane and Black’s 3-pointer tied the score at 61 with 3:33 to go.

Northwestern State wasn’t much better from outside, shooting 34 percent (12 of 35) overall and 3 of 11 from 3-point range.

The Horned Frogs had won all six previous meetings.