Northwestern looks to build off strong start, hosts No. Illinois 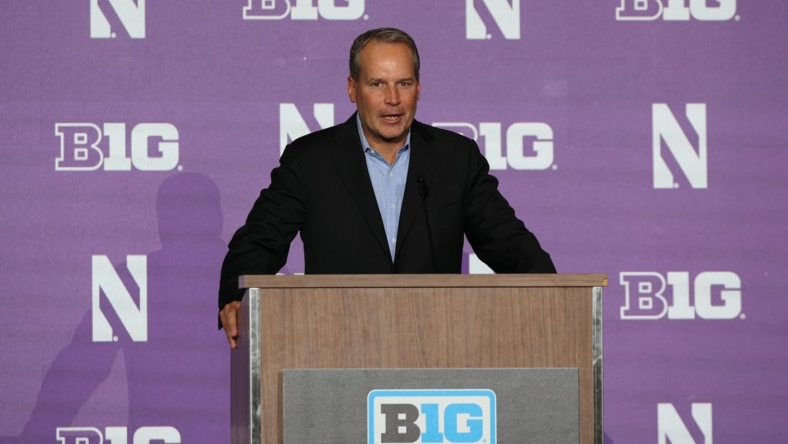 Although Northwestern and Northern Illinois are located approximately 75 miles apart, the Wildcats and Huskies rarely take advantage of their proximity by meeting in non-conference play.

Friday’s game in Evanston, Ill., marks the first time in 12 years that Northwestern and Northern Illinois will battle on the court, and the teams enter the game feeling 180 degrees differently about their opening performances.

While Northwestern (1-0) cruised to an 85-54 win over Chicago State on Monday night, Northern Illinois (0-1) dropped an 83-77 decision to Division II University of Illinois-Springfield.

“We have a lot to correct,” Northern Illinois head coach Rashon Burno. “But we didn’t give ourselves an opportunity to win this game from the start.”

“Lot of guys played well,” Collins said. “Robbie Beran was fantastic. I thought Chase Audige was really good and (backup center) Matt Nicholson, I’ve got to give him a shoutout. I thought his energy and minutes off the bench were really good for us tonight.”

As Northwestern plays its non-conference games leading up to the Big Ten opener at Michigan State on Dec. 4, figuring out the center position is going to be a crucial component to each game.

The Wildcats lost their top two post players to the transfer portal — Pete Nance (North Carolina) and Ryan Young (Duke) — so they’re relying on UTEP transfer Tydus Verhoeven and the 7-foot-1 Nicholson to figure out how to compete at the Big Ten level.

Verhoeven, a sixth-year senior, started Monday and provided two points and three rebounds before fouling out in 21 minutes. Nicholson posted nine points and four rebounds in a career-high 14 minutes versus Chicago State.

As for Northern Illinois, it is adjusting to many new faces as it begins the season.

Junior-college transfer David Coit paced the Huskies with 31 points in his Division I debut, but the sophomore guard made 6 of 20 shots from 3-point range.