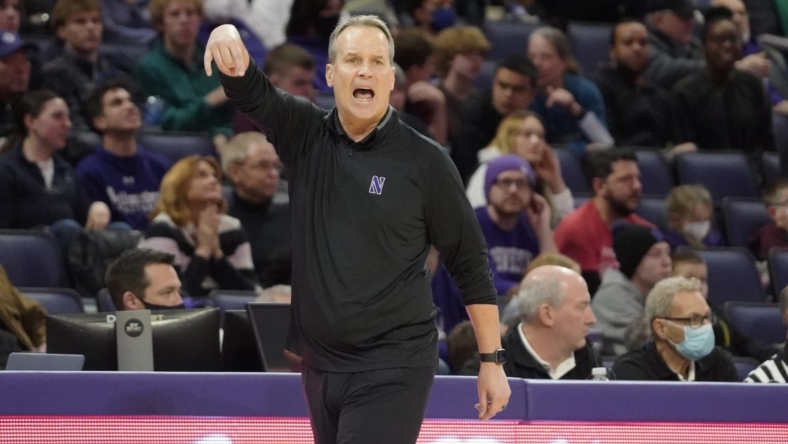 Robbie Beran scored 14 of his career-high 20 points in the first half and Chase Audige handed out a career-high nine assists to pace Northwestern’s 85-54 victory over visiting Chicago State Monday night in Evanston, Ill.

Boo Buie added 16 points, seven rebounds and six assists as the Wildcats improved to 15-0 all-time against Chicago State in the season opener for both teams.

Elijah Weaver scored 19 points and Jahsean Corbett added 14 points and eight rebounds to lead Chicago State, but the Cougars had to heat up late to shoot 25.4 percent from the field for the night.

Chicago State’s shooting issues started from the opening tip. The Cougars missed three shots on the game’s first possession and their first 11 shots overall as Northwestern bolted to a 9-0 lead, triggered by the first of Ty Berry’s four 3-pointers.

The Cougars finally got on the board with Weaver’s 3-pointer at the 13:11 mark of the first half, which sparked a 10-2 run that pulled the visitors within 11-10 on Wesley Cardet’s step-back jumper with 9:32 left in the half.

The Wildcats reasserted themselves as backup Brooks Barnhizer made a layup, Berry (14 points) canned two 3-pointers and Beran sank four free throws as the Wildcats built a 25-13 lead. Beran added a 3-pointer and a 3-point play late in the half to help push the margin to 37-21 at intermission.

Northwestern senior guards triggered a fast start in the second half. Audige cashed a 3-pointer, then his steal set up Buie’s three-point play off a layup and gave Northwestern a 43-21 lead 61 seconds into the half.

Seven-footer Matthew Nicholson, a potential answer in the middle after Pete Nance transferred to North Carolina and Ryan Young left for Duke, contributed nine points in 14 minutes off the bench.