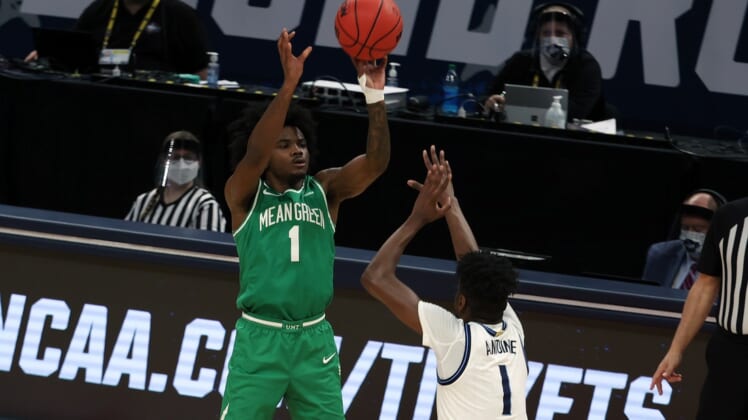 “Our hearts hurt for Nelson’s family, our men’s basketball family, the UNT community and everyone Nelson positively impacted during his life and career,” North Texas vice president and athletic director Wren Baker said in a statement. “Nelson had many special gifts and talents. He was full of positive energy and encouragement, and he will be missed dearly. Please keep the Haggerty family and our UNT basketball family in your thoughts and prayers.”

Haggerty crashed near Decatur, Texas, and was pronounced dead at the scene, according to published reports.

Baylor’s all-time assists leader, Haggerty played for the Bears from 1991-95 before coaching at Midwestern State.

He guided the program to the Division II tournament five times and was a No. 1 seed three times.