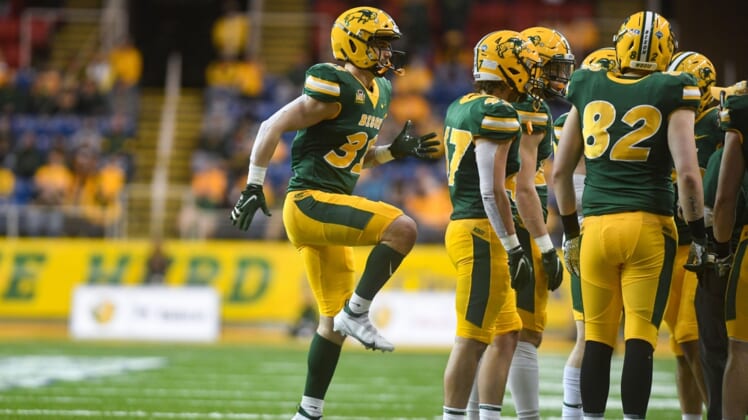 North Dakota State kicker Nathan Whiting warms up his leg during a huddle in the Dakota Marker rivalry game on Saturday, April 17, 2021, at the Fargodome in Fargo.Dakota Marker 015

The Bison last failed to reach the semis in 2010 when they lost 38-31 in overtime to Eastern Washington in the quarterfinals.

The following season, the streak began as North Dakota State won eight national championships and lost in the semifinals to James Madison in 2016.

Eric Schmid passed for 227 yards and accounted for two touchdowns as the Bearkats (8-0) upended North Dakota State (7-3) at Huntsville, Texas.

Quarterback Trey Lance, who guided North Dakota State to a 16-0 record in 2019, skipped the spring season and was selected third overall by the San Francisco 49ers in the NFL draft on Thursday.