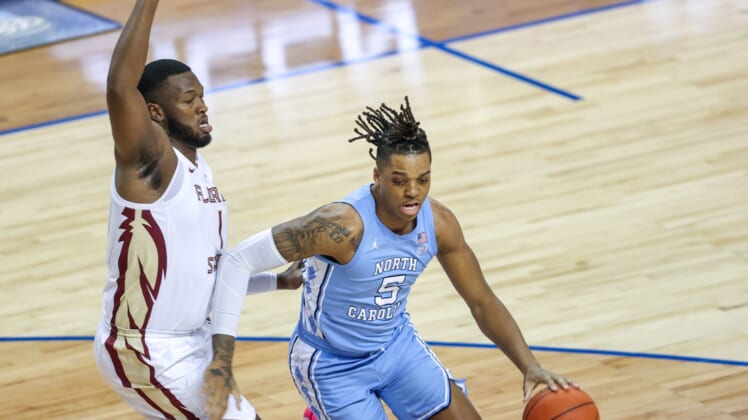 North Carolina sophomore forward Armando Bacot announced Tuesday that he is declaring for the NBA draft but will also consider a return to school depending how the process goes.

If Bacot returns to North Carolina, he will be playing for Hubert Davis, who is the new head coach after the retirement of Roy Williams.

“I am grateful to say that with prayer, discussion with Coach Williams, Coach Davis and other coaches and my family, I will test the NBA Draft process,” Bacot said in his announcement. “I am excited for the opportunity to learn, work out and receive valuable feedback on my game that will allow me to make a solid decision on whether to remain in the draft or return to the University of North Carolina for my Junior year.”

In addition, freshman big man Walker Kessler announced his intentions to transfer last month. However, Davis said Tuesday he is hoping to sway Kessler to remain with the Tar Heels.